How to be a Successful Online Learner (Study Tips Included)

Online education, when done right, is no easier than education provided in a brick and mortar building. However, to be a successful online learner requires a certain skill set. For some, these skills are innate. For others, they may need to be learned and practiced.

As a student, understanding what moment of need you are seeking to meet can help you select the best type of course or learning method to reach your goals. 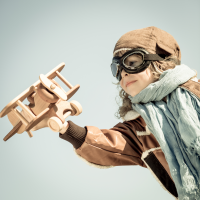 Are you trying to decide on a career? Looking to change careers after a few years (or more) in the workforce? Need to learn more about your current field? Or perhaps you are interested in turning a favorite hobby into a lucrative business. While many of us dream of growing in our current occupation or starting a new career; we might struggle with the concept of finding more time for career training in an already jam-packed day. The good news is that there are many different ways to obtain training and development in your field.

With today’s technological advances and options for online learning, it’s easier than ever to have a career growth plan that incorporates a myriad of training and development methods. This type of learning can easily fit to your schedule – it’s learning on your time and on your terms.

11 Tips to Stay Motivated with Schoolwork

Here are a few simple ways to keep motivated, even on your toughest days.

87.7 percent of America’s workforce is not able to contribute to their full potential because they don’t have passion for their work. Don't be a statistic!

5 Advantages Adult Students Have After Going Back to School

With the rise of online learning institutions and adult learning scholarship programs, there are more viable options to study for a degree later in life.

The Power of Positive Affirmations

Negative thoughts can become self-fulfilling prophecies and can affect our personal lives, relationships, careers and much more. It is much better, instead, to think and give voice to positive thoughts, to build ourselves up instead of tear ourselves down.

Start Your Week With Intention

Here are some steps you can take to make Mondays, and the days that follow, a bit easier.

Take a Break and Boost Productivity

These breaks improve productivity and might help you go back to your current feeling refreshed. Give them a try! 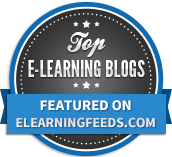