The Shortage of Skilled Workers in America 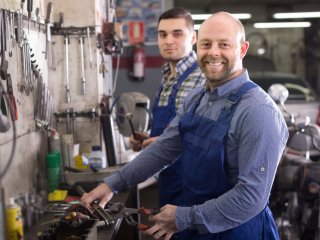 In many high schools across the nation, shop class is non-existent.  Consequently, so are the potential trades-people that are born out of that early exposure to tools and machinery.  What is America going to do without skilled workers who can build and fix things?

According to American Job Training Investments: Skills and Jobs to Build a Stronger Middle Class, “Too many businesses can’t find skilled workers for jobs they want to fill, while too many people looking for a job may be ready to learn new skills but may not be certain that there’s a job waiting for them on the other end. Community colleges are one of the best ways to train workers with the skills they need for a job, and hands-on apprenticeships are one of the clearest paths to a good, secure middle class job. In fact, 87 percent of apprentices are employed after completing their programs and the average starting wage for apprenticeship graduates is over $50,000. “

During a House Committee on Small Business hearing this past Thursday, Chairman Steve Chabot said there is a lack of qualified people to fill vacancies in an industry that adds $2 trillion to the economy annually.

Citing statistics from the National Association of Manufacturers, Chairman Chabot reported an estimated 3.5 million jobs will be needed, yet two million are expected to go unfilled in the sector over the course of the next 10 years.

“An estimated 2.7 million jobs are likely to be needed as a result of retirements of the existing workforce, while 700,000 jobs are likely to be created due to natural business expansion and growth,” he said. “In addition to retirements and economic expansion, other factors contribute to the shortage of skilled workforce, such as a lack of science, technology, engineering and mathematics, or STEM, skills among workers, and a gradual decline of technical education programs in public high schools.”

In 2011, Mike Rowe, creator of the TV show "Dirty Jobs," testified before the U.S. Senate Committee on Commerce, Science and Transportation on the ways in which skilled manual labor has been undervalued in America.

“In a hundred different ways, we have slowly marginalized an entire category of critical professions, reshaping our expectations of a "good job" into something that no longer looks like work. A few years from now, an hour with a good plumber -- if you can find one -- is going to cost more than an hour with a good psychiatrist. At which point we'll all be in need of both.”

And more recently, actor John Ratzenberger (Cheers), said the stigma about manufacturing jobs needs to be addressed. He suggested the term “blue collar worker” be replaced with “essential worker” due to the necessity of people trained and working in trades such as plumbing, trucking and carpentry.

It’s time to reach out to a new generation of tradesmen and women and encourage them to use their skills and talents to find careers within a skilled trade that will help to pave the way to a fulfilling career and a bright financial future.

Exploring Alternatives to the 4-Year Degree